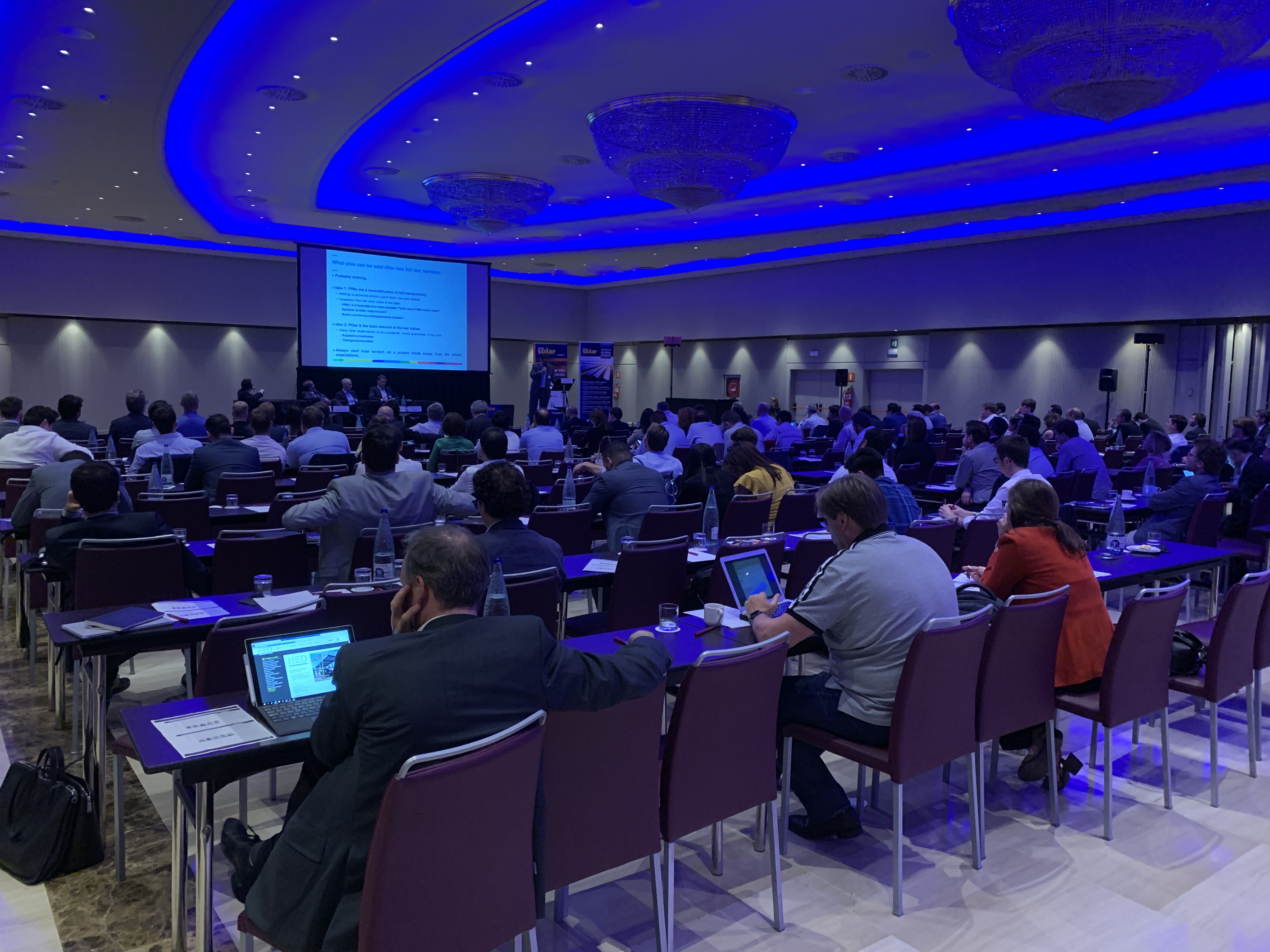 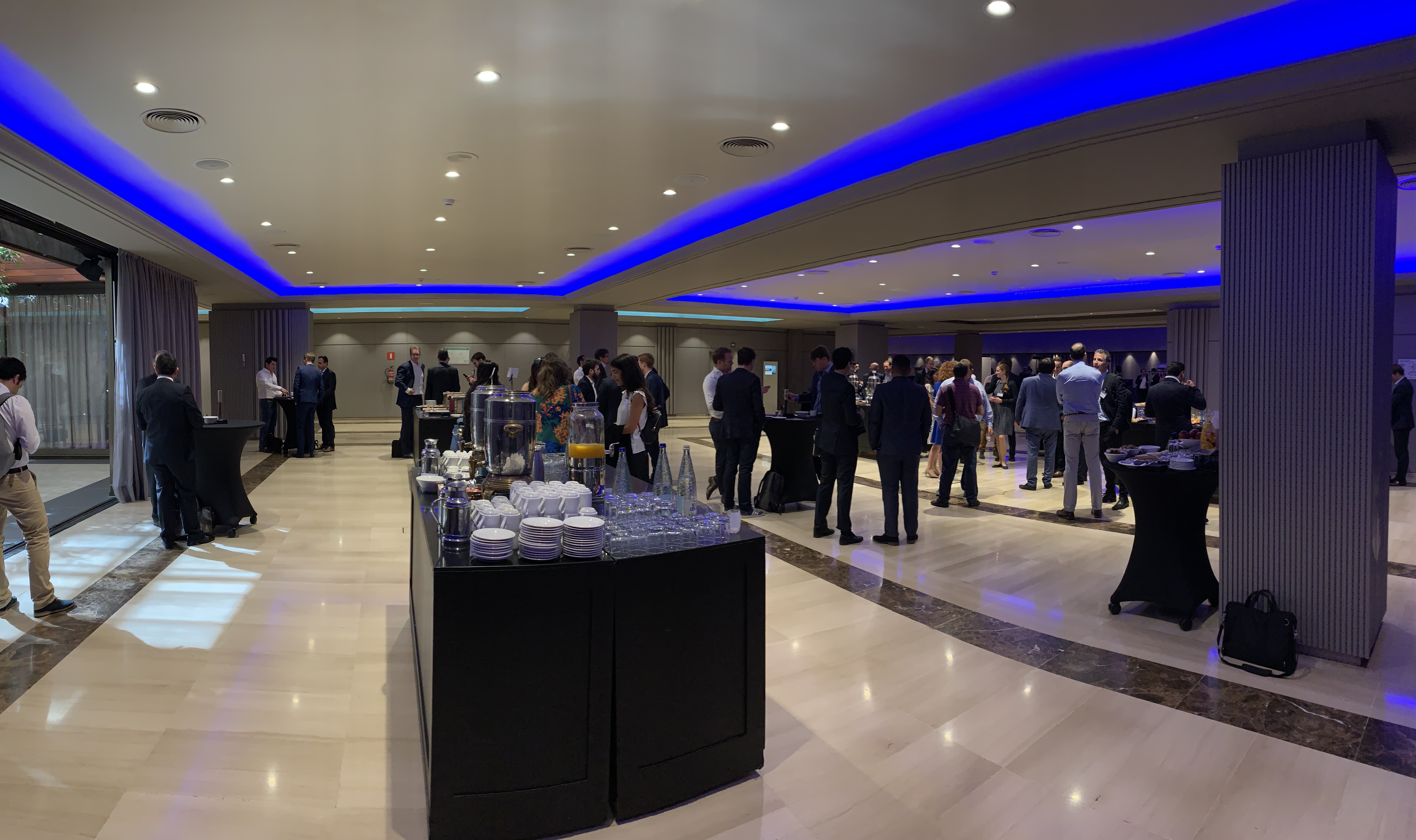 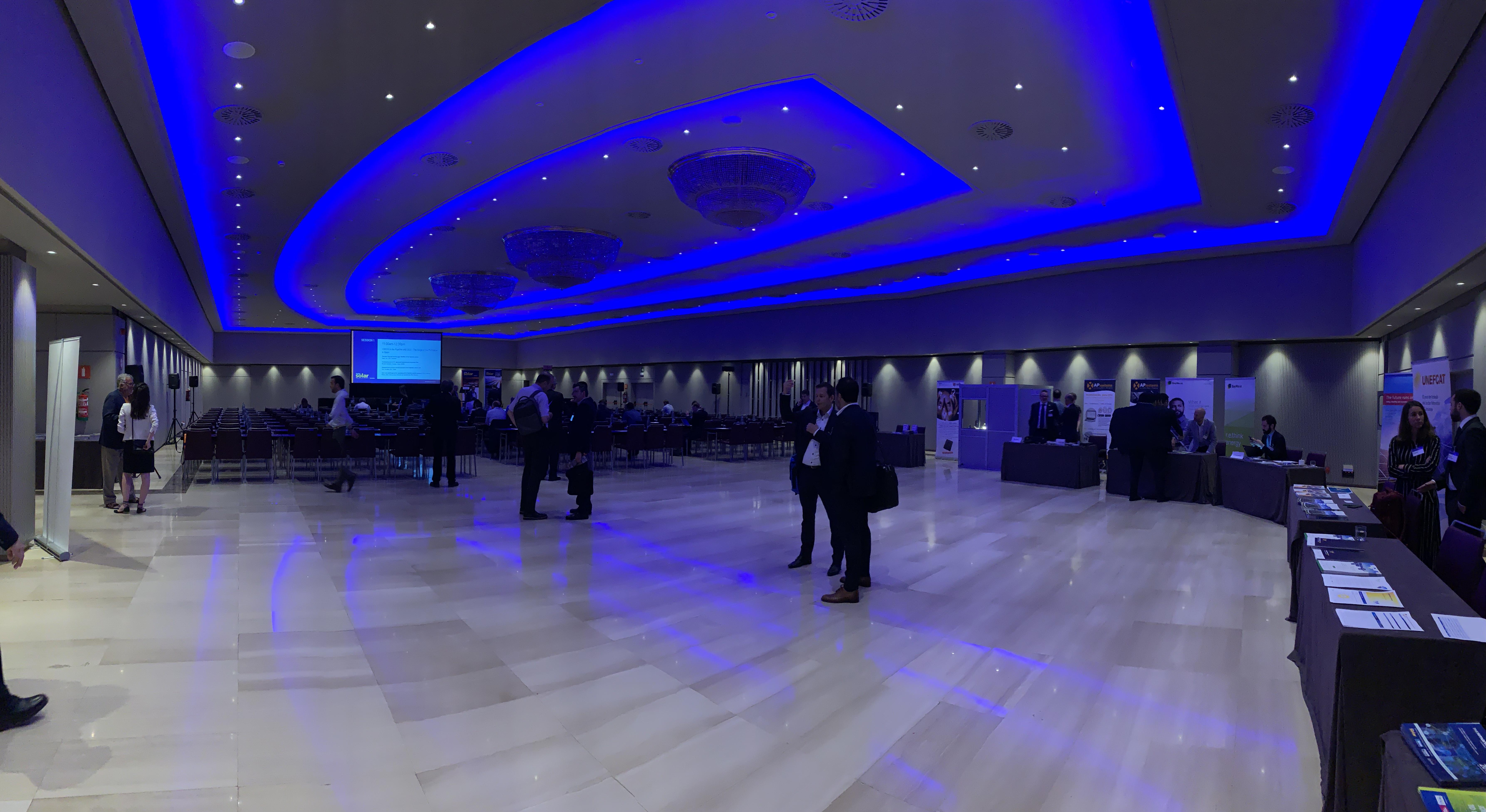 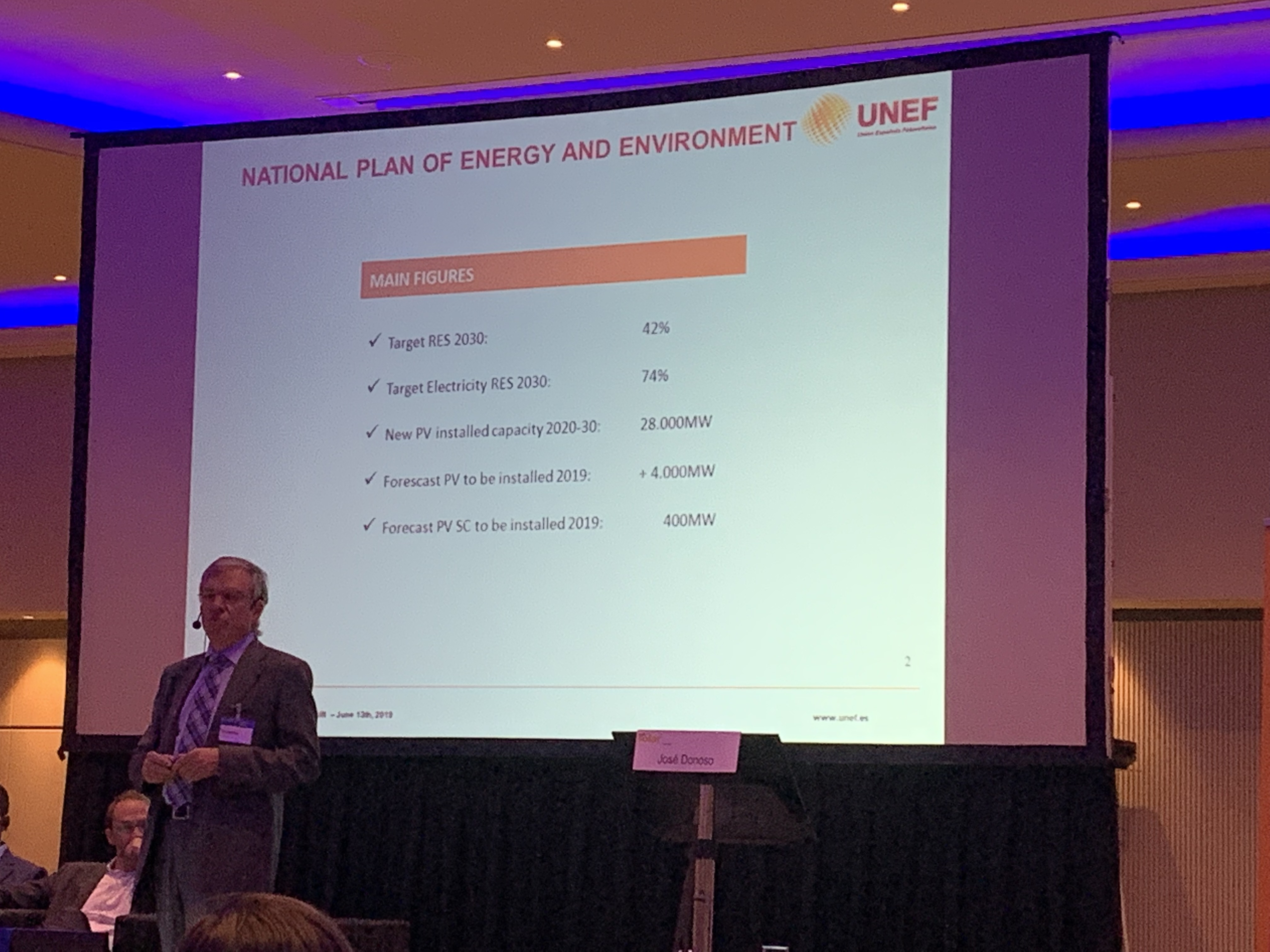 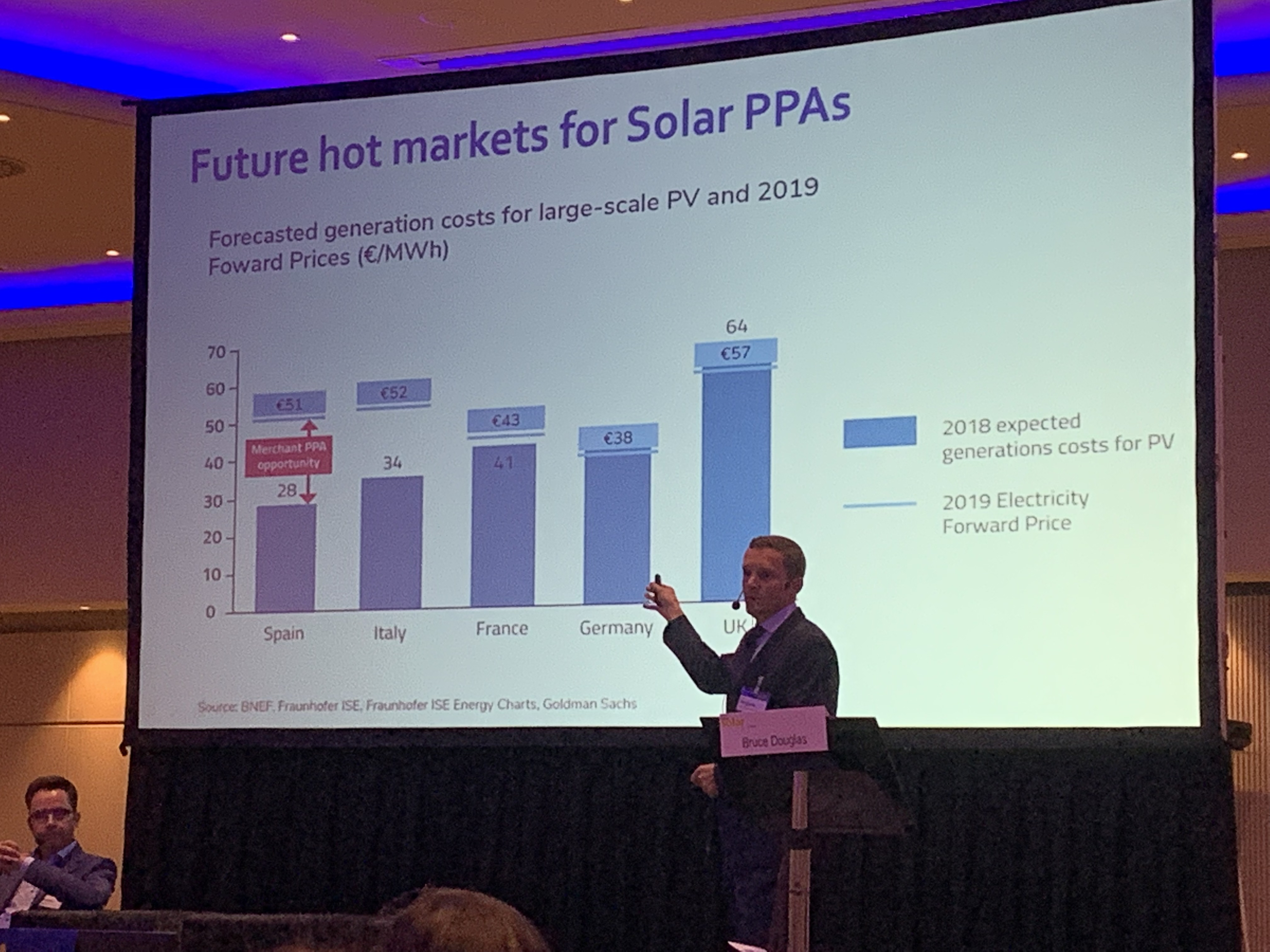 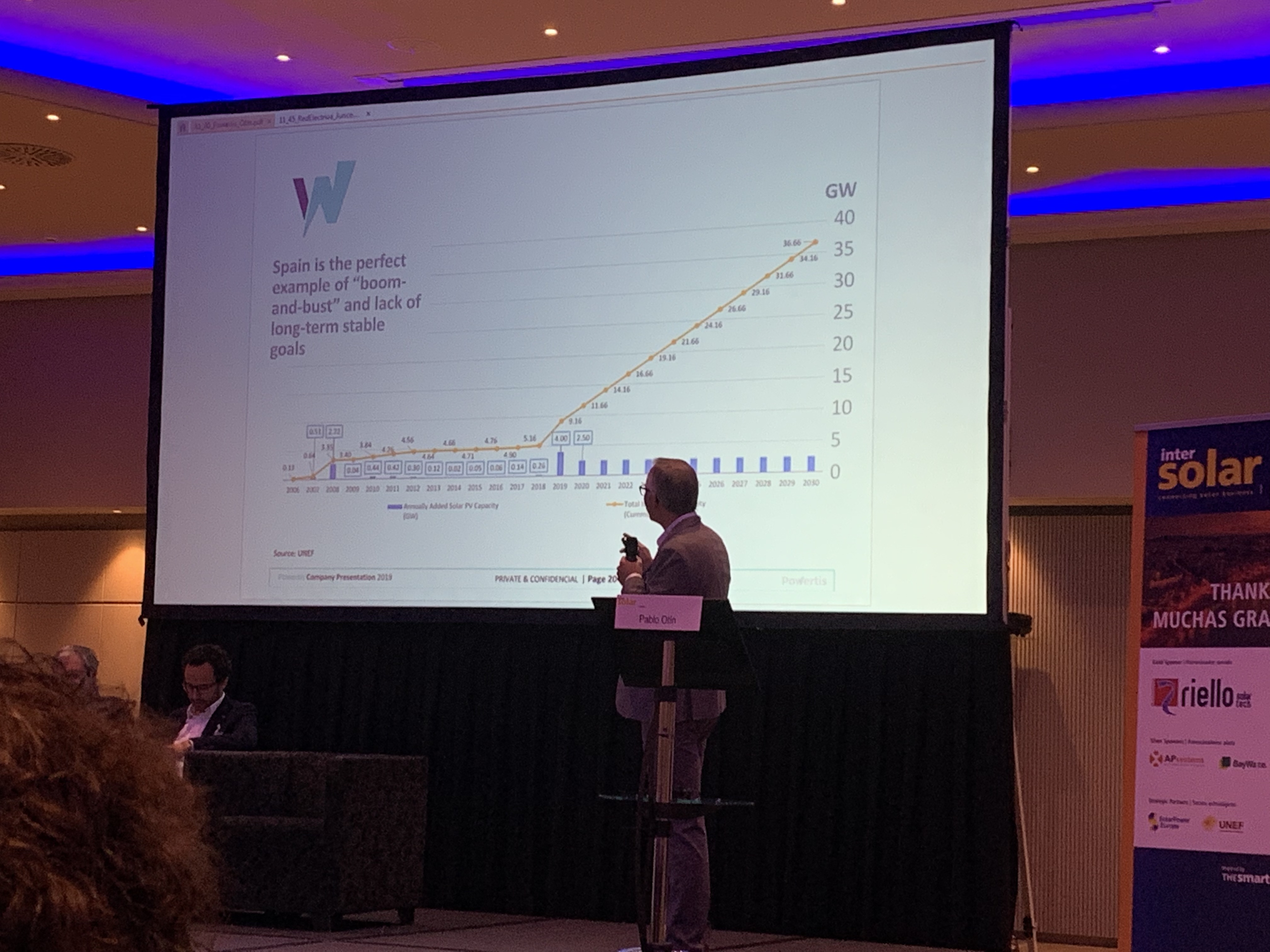 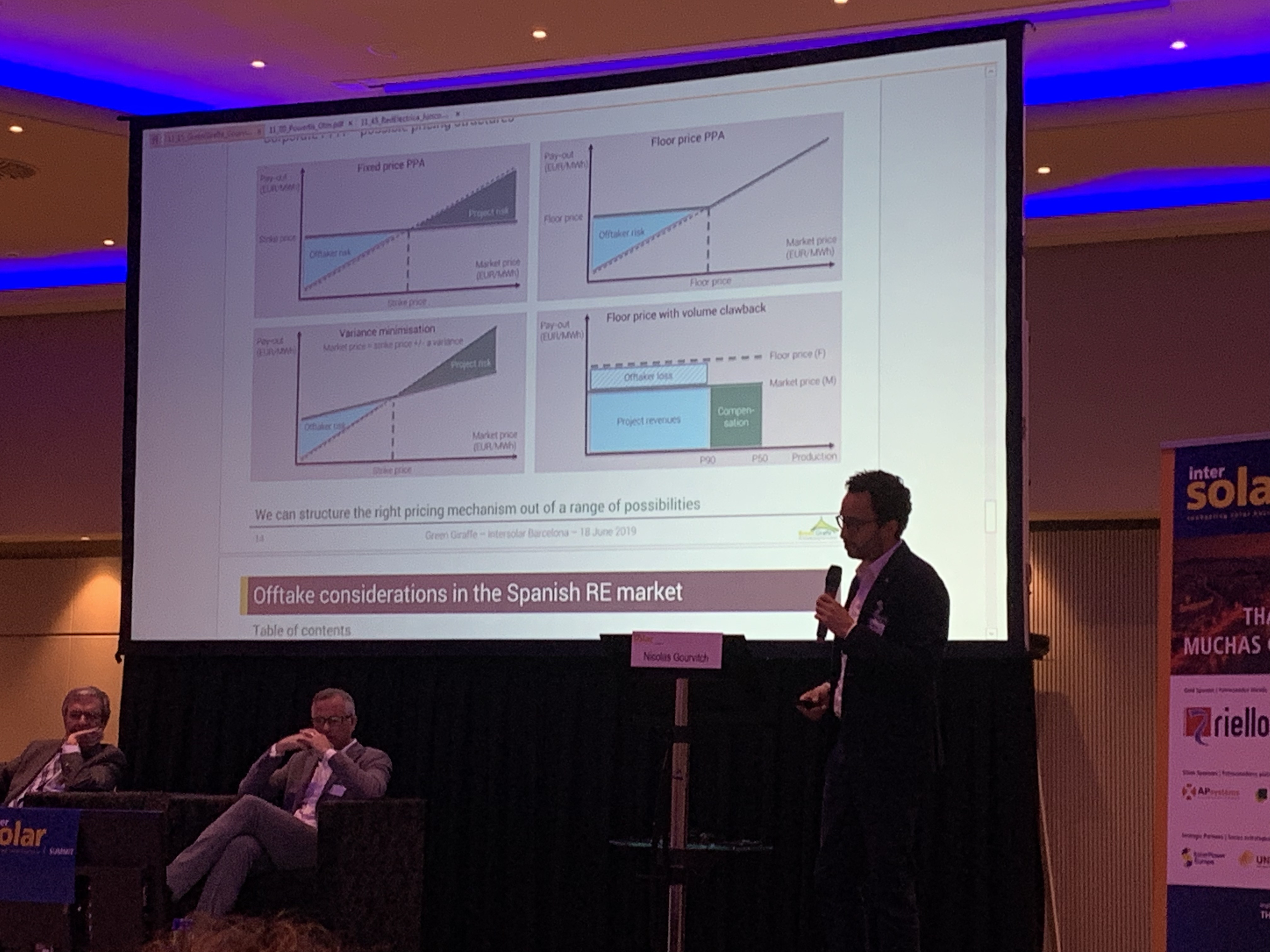 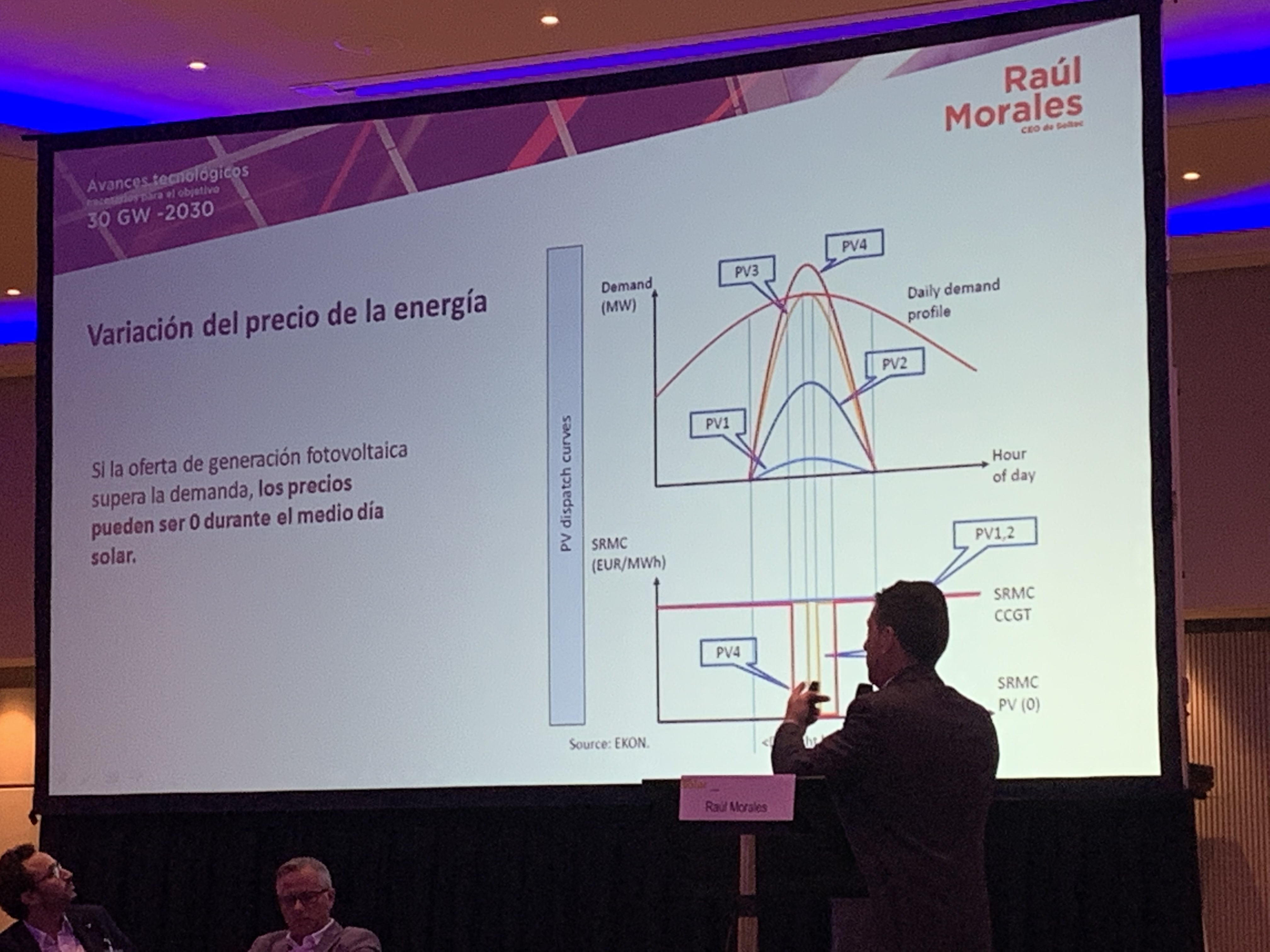 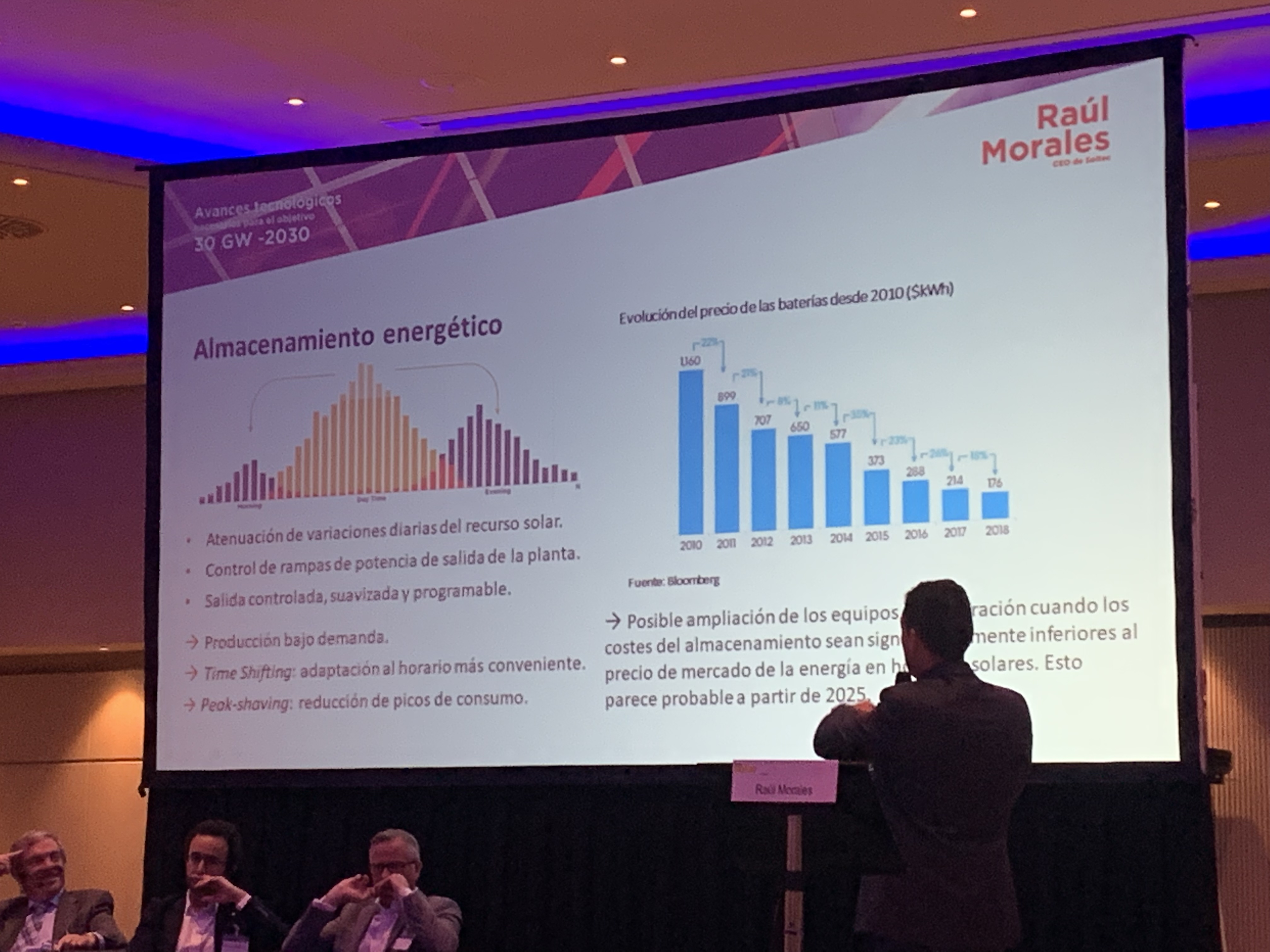 At the Intersolar Summit Spain 2019 in Barcelona this week on the 18th of June the Solar community got together and discussed the national plan for energy and environment. This plan includes the target of Spain having 74% renewable electricity supply in 2030 which will include new PV installation of 28GW from 2020 to 2030. This means an installation of 2800MW of Solar in average each year from 2020 to 2030. Compared with the installation in 2018 of roughly 260MW this will be a huge increase for the next 10 years in Spain.

Together with increased PV installation the opportunities for energy storage will rise. In Spain are great opportunities for Power Purchase Agreements (PPAs) according to Bruce Douglas, Deputy CEO and COO at SolarPower Europe. Within a PPA most commonly a price for the electricity purchase is fixed over a certain duration. But as presented within the Intersolar Summit there are many different possibilities for PPAs as presented by Nicolas Gourvitch (Founder of Green Giraffe).

For example, together with PPAs, energy storage can bring benefit to Solar energy providers by storing energy in case the electricity price at EEX (European Energy Exchange AG) is lower than the contracted PPA price. This energy can be traded at the EEX in case the current price index is above the contracted PPA price. This is just one example for an application of a battery system combined with PV.

According to Raúl Morales (CEO at Soltec) there will be an overproduction of Solar energy during the midday, which results in an electricity price of zero or even negative values. This scenario will get more and more important with the raise of Solar power and brings huge potential for energy shifting with storage solutions like batteries. This statement was backed up by the Spanish TSO Red Eléctrica (presented by Paula Junco, Tecnico de la Dirección de Operacioines) for the winter months. There is a big potential for energy shifting although in the summer months the solar power will match the electricity demand in the near future.